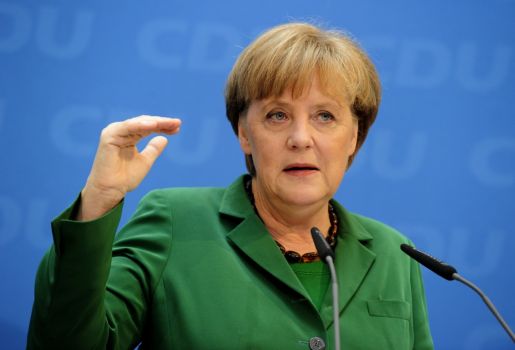 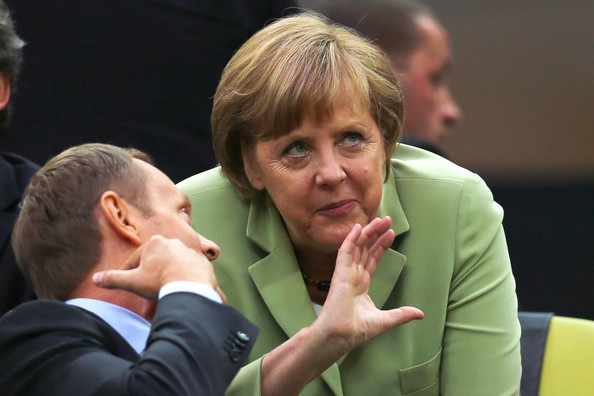 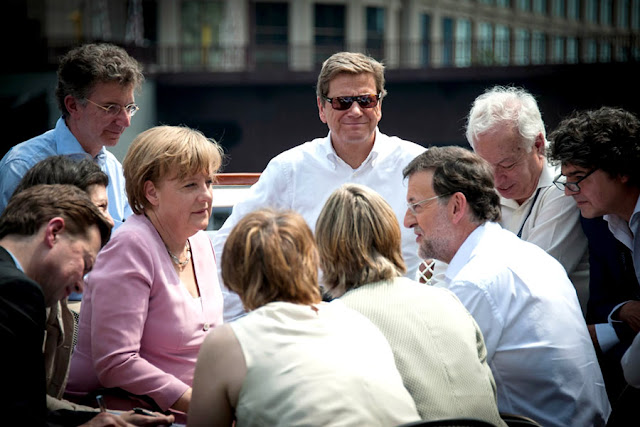 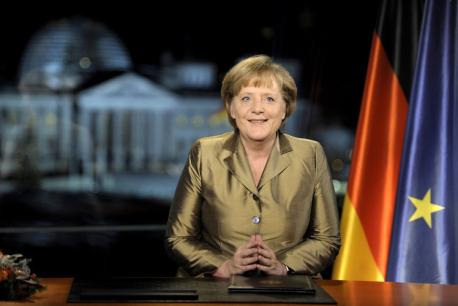 Chancellor Angela Merkel called on fellow leaders to work harder to make Europe succeed without waiting for unconditional German help, suggesting the euro will be in jeopardy unless policy makers do more to defend it.

“We haven’t yet shaped the European project in a way that we can be sure that everything will work, will turn out well,” Merkel said in an interview posted on her Christian Democratic Union party’s website today. “That means we have to keep working. Still, I’m optimistic that we will succeed.”

One day before German lawmakers vote on a European bank bailout for Spain, Merkel indicated that she won’t take on additional burdens to stem the euro area’s debt crisis without stronger checks on countries’ budgets. The principle of “no liability unless we can really exercise control” is shared by “a large part” of the German population, she said.

Merkel is fending off pressure from Italian Prime Minister Mario Monti and French President Francois Hollande to underwrite euro-area debt as the European Union considers joint steps to shield banks from the crisis as part of moves toward deeper EU integration. She remains the most popular politician in Europe’s largest economy with national elections due in the fall of 2013.

The chancellor’s Christian Democratic bloc led the main opposition Social Democrats by 36 percent to 26 percent, a weekly Forsa poll for Stern magazine showed today. That compares with the 33.8 percent Merkel’s bloc won at the last election in 2009, when the SPD took 23 percent.
IMF Outlook

The economy, while showing signs of slowing, is still faring better than its counterparts. Unemployment rose in June for the fourth month this year, yet remains at a two-decade low of 6.8 percent. The International Monetary Fund on July 16 raised its forecast for German economic growth this year to 1 percent, while predicting the 17-nation euro area will contract 0.3 percent.

Germany “only does well if our European neighbors are doing well,” Merkel said in the interview. Even so, that euro countries can’t expect “solidarity” unless they make an effort of their own in return remains one of her “basic principles,” she said.

Speaking to reporters later after talks with Thai Prime Minister Yingluck Shinawatra, Merkel said that she was “optimistic” lower-house lawmakers will approve Spain’s rescue aid in tomorrow’s vote. The chancellor said that she saw “no indications” of any need for further special sessions of parliament this summer.

In the interview, Merkel, who grew up in former East Germany and turned 58 yesterday, said the collapse of Communism still shapes her view of Europe and the world.

“I’m inspired by the experience of freedom,” she said. “I lived for many years in East Germany and I know what it means when you can’t travel and when you can’t speak your mind freely. It’s great that we have overcome the Cold War and that we don’t have to fear war today in Europe.”