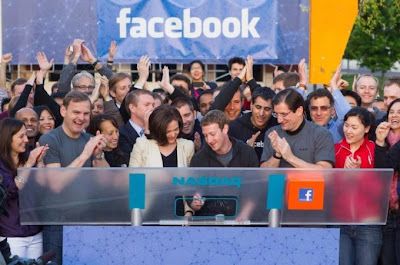 Voters in Washington state will be able to register to vote through the social networking website Facebook, the secretary of state's office says.
The state will have an application on its Facebook page that allows residents to register to vote and then "like" the application and recommend it to their friends, the state's office said on Tuesday.
The state, Facebook and Microsoft have been collaborating on the project since last year, and it is expected to launch next week.
Once it is live, Facebook users will need to agree to let Facebook access their information, which will be used to prefill their name and date of birth in the voter registration form.
Users will still need to provide a driver's licence or state ID number to continue.
Facebook would not collect details other than the voter's name and date of birth, and would not have access to the voter database, the state said.
"In this age of social media and more people going online for services, this is a natural way to introduce people to online registration and leverage the power of friends on Facebook to get more people registered," Shane Hamlin, co-director of elections in Washington, said to Forbes magazine.
Privacy concerns
Hamlin said that beyond giving Facebook permission to use names and dates of birth, voters do not need to worry about their personal information being collected by Facebook.
"You are giving your information to us, not Facebook," he said.
Facebook's privacy policies have drawn criticism for being opaque, and the company frequently shifts policies regarding users' data.
In 2010, the Wall Street Journal found that some applications on the site were transmitting user IDs to advertising companies - enabling them to look up users' real names, regardless of their privacy settings.
Last year, EU regulators raised concerns over a new face-recognition tool from Facebook, and several privacy organisations in the US filed a complaint to the country’s Federal Trade Commission.
They warned that the new face-recognition technology could be used to track people down, and dive into their personal details without their permission.
The social networking site is still hugely popular, now the world's second-most-visited website with some 900 million users