The International Olympic Committee (IOC) has defended China's teenage swim sensation Ye Shiwen, saying she passed a drug test after her world record win in the 400 medley.
Mark Adams, an IOC spokesman, urged people on Tuesday to "get real" and said it is "very sad" if great performances cannot be applauded. 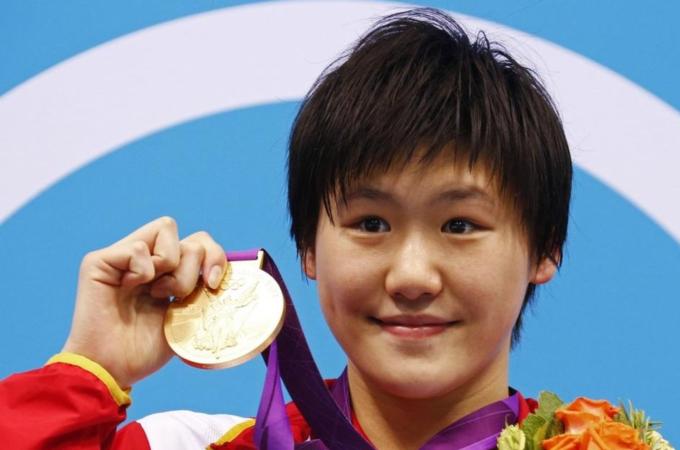 "These are world class athletes competing at the very highest level with records being broken all over the place," Adams said.
Ye took at least five seconds off her personal best to break the world record by more than a second and win the gold medal on Saturday.
She swam the last 50m faster than the winner of the men's event, in a performance described by the US swimming coach as "unbelievable" and "disturbing".
John Leonard, who is also executive director of the World Swimming Coaches Association, told The Guardian newspaper: "History in our sport will tell you that every time we see something, and I will put quotation marks around this, unbelievable, history shows us that it turns out later on there was doping involved."
At a news conference on Tuesday, Lord Colin Moynihan, the British Olympic Association's chairman, said: "She's [Ye] been through WADA's (World Anti-Doping Agency) programme and she's clean.
"That's the end of the story. Ye Shiwen deserves recognition for her talent."
Defended online
Thousands of Chinese fans went online to defend Ye.
User JonJon wrote on Sina Weibo, China's biggest micro-blogging website: "The English media are just too short-sighted and narrow-minded.
"As a country who are famous for their spirit of gentlemen, they are not very gentlemen-like on this case. What a hypocritical country! Go Ye Shiwen, you are the best."
Later on Tuesday, user freda02024 posted: "Why is no one questioning say when [Michael] Phelps won 8 gold? Why bully a young Chinese girl?"
User cici_dongli added: "This questioning of Ye Shiwen is just pure jealousy. This is not Olympic spirit at all, it will not help [the] UK to progress."
The Chinese anti-doping agency has said that Chinese athletes have undergone nearly 100 drugs tests since arriving in London, and that not a single Chinese athlete had tested positive.
During the 1990s almost a dozen of their swimmers were banned for using performance enhancing drugs.
Seven swimmers tested positive for drugs in the 1994 Asian Games, and four years later four Chinese swimmers failed pre-tournament drug tests before swimming world championships in Australia.