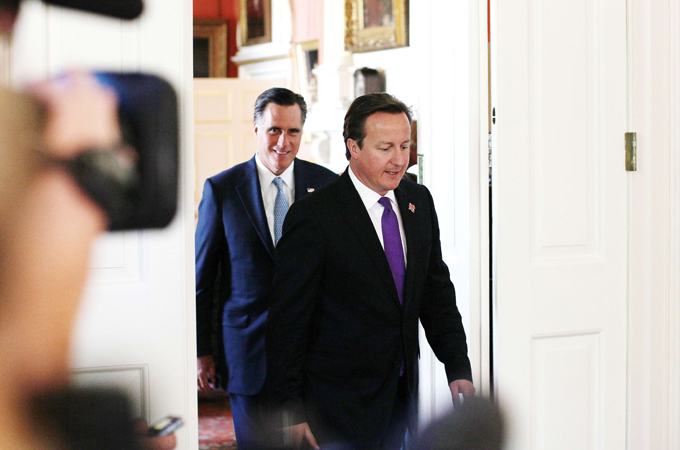 US President Barack Obama will release an additional $70m in military aid for Israel, a previously announced move that appeared timed to upstage Republican presidential rival Mitt Romney's trip to Israel this weekend.
The stepped-up aid, first announced in May and reiterated on Friday, will help Israel expand production of a short-range rocket defence system. The system, known as Iron Dome, has proved successful at stopping rocket attacks fired at Israeli civilians from close range, including from Gaza.
Obama announced the new military assistance as he signed a bill in the Oval Office expanding military and civilian co-operation with Israel.
Obama said the bill underscores the United States' "unshakable commitment to Israel".
The White House focus on Israel this week comes as Romney prepares to visit Jerusalem, where he will meet Prime Minister Binyamin Netanyahu, with whom Obama has had frosty relations.
Both Romney and Obama's campaigns are eager to earn support from Jewish voters in the United States.
The presumptive Republican nominee, who will face Obama in November elections, has said Obama is not supportive enough of Israel, and he has promised to ramp up US aid. Obama officials say the administration already provides record levels of funding.
During the signing, Obama was flanked by Senator Barbara Boxer and Congressman Howard Berman, the bill's sponsors, and several prominent Jewish leaders, including Lee Rosenberg, chairman of AIPAC, the leading pro-Israel lobby, and Richard Stone, chairman of the Conference of Presidents of Major American Jewish Organisations.
Obama received 78 per cent of the Jewish vote in the 2008 election, but a nationwide Gallup poll in June showed him down to 64 per cent backing versus Romney's 29 per cent.
Obama angered many Israelis and the country's US supporters last year when he insisted any negotiations on the borders of a future Palestinian state begin on the basis of lines that existed before Israel captured the West Bank and Gaza Strip in a 1967 war, a negotiating standard that has been held by several past administrations.
Obama visited Israel as a candidate in the 2008 campaign but has not done so as president.
Romney has accused Obama of being too hard on Israel and not tough enough with Iran.
Obama seeks to keep spotlight off Romney
A Romney spokeswoman said the former Massachusetts governor was happy to see steps being taken to enhance security co-operation with Israel.

"Unfortunately this bill does nothing to address yesterday's evasiveness from the White House on whether President Obama recognises Jerusalem as the capital of Israel, which raised doubt about the president's commitment to our closest ally in the region," said Romney spokeswoman Amanda Henneberg.
Romney is in London on the first leg of an overseas trip designed to burnish his foreign policy credentials.
The White House subtly injected itself into Romney's trip on Thursday after Romney caused a stir by calling London's problems with Olympics preparation "disconcerting."
White House spokesman Jay Carney said Obama "has the utmost confidence" in Britain's ability to host the games.
Obama planned to continue competing with Romney for attention during the opening ceremonies of the Olympic Games, which Romney was scheduled to attend while in London. Romney led the organising committee for the 2002 Olympics in Salt Lake City.
The Obama campaign was airing an ad for American audiences during the opening ceremonies featuring Obama promoting his middle-class political pitch.
"I believe that the way you grow the economy is from the middle out," Obama says in the ad, echoing a standard campaign refrain. "I believe in fighting for the middle class because if they are prospering, all of us will prosper."
With the ad, Obama guarantees himself a presence during opening ceremonies despite the free media Romney might get by being there in person.