Obama puts $46.7M into ads, outspends what he raised in June 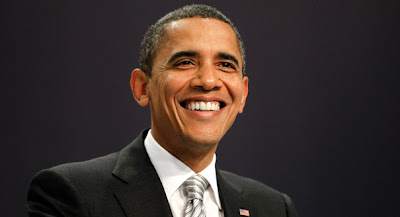 Competing hard to retain the White House, President Obama spent more than he raised in June for the second month in a row as he unleashed a torrent of advertising attacking Republican rival Mitt Romney, new campaign finance reports show
Romney and the Republican Party, however, outraised him and ended the month with more cash reserves than Obama and the Democratic National Committee for what polls indicate is a very tight race heading into this summer's political conventions.
Last month alone, Obama pumped $46.7 million into advertising — ranging from TV commercials in battleground states to Internet ads seeking donations. That's more than twice the $19.1 million Romney spent on advertising in June, according to a USA TODAY analysis of the reports filed late Friday to the Federal Election Commission.
He also made new investments in staff — with 779 people on his payroll in June, up from 703 a month earlier.
Romney nearly doubled his spending in June over the previous month and increased the size of his staff by 85% in a month's time. Even so, his reports show he ramped up to just 272 employees last month. Some key players in the operation, such as top Romney fundraiser Spencer Zwick, are not listed on the payroll. However, Zwick's Boston firm collected more than $833,000 last month in fundraising consulting fees.
Romney also saw an uptick in smaller donations.
Donations of $200 or less accounted for about 30% of all his receipts in June, up from 18% a month earlier. His campaign had boasted that it had collected more than $4 million in the 24 hours after the June 28 Supreme Court ruling that Obama's health care law was constitutional.
Smaller donors are crucial to campaigns because they can be tapped repeatedly for money before they hit the $5,000 contribution limit for primary and general elections.
Outside Republican groups also have maintained a formidable advantage over similar organizations created by Democrats. That gives Romney's allies the resources to run hard-hitting advertising against the president until Romney can tap into his substantial general-election accounts once his party's nominating convention concludes in early September.
Restore Our Future, a super PAC aiding Romney, raised $20.7 million in June — its best month yet and more than three times the $6.2 million collected by the pro-Obama Priorities USA Action super PAC.
Nearly half Restore Our Future's June haul — $10 million — came from casino mogul and billionaire Sheldon Adelson and his wife, Miriam. But other wealthy Republicans wrote big checks, including Houston homebuilder Bob Perry, who gave $2 million, and Dallas real-estate developer Trammell Crow, who donated $500,000. Another $500,000 came from his holding company.
John Childs, the Florida-based CEO of a private-equity firm, donated $1 million to the pro-Romney super PAC and another $500,000 last month to American Crossroads. American Crossroads, a super PAC founded with help from GOP strategist Karl Rove, is spending more than $9.3 million on pro-Romney advertising this week in nine battleground states.
Seven-figure donors to the pro-Obama super PAC in June include actor Morgan Freeman, who gave $1 million, and Qualcomm's billionaire founder Irwin Mark Jacobs, who donated $2 million.