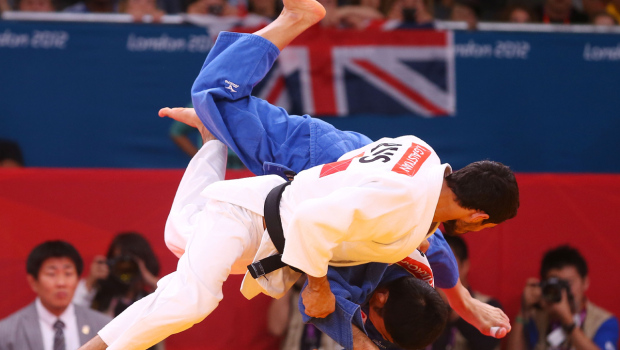 Judo crowned two new Olympic champions on Saturday.
In the men's 60-kilogram division, Russian Arsen Galstyan surprised spectators and opponents alike when he took the gold.
Galstyan defeated the category's two favorites to win the medal: top-ranked Uzbeki fighter Rishod Sobirov in the semifinal, and Japanese judoka Hiroaki Hiroaka in the final.
It took less than a minute for Galstyan, 23, to score a match-ending ippon over Hiroaka. It was the first Olympic medal for the Russian, who won bronze at the world championships. The bronze medals were won by Sobirov and Felipe Kitadai of Brazil.
On the women's side, Brazil's Sarah Menezes beat defending Olympic champion Alina Dumitru of Romania in a final that had both fighters on the defensive.
Menezes frequently had her hands up like a boxer as both struggled to get a dominant grip. Neither had much success throwing the other off balance, with Menezes using her flexibility to avoid being tossed on her back. In the last minute of the match, the Brazilian finally managed to throw Dumitru. 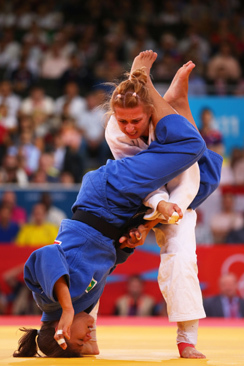 Menezes, 22, finished 19th at the Beijing Olympics and won a bronze at last year's judo world championships. Before arriving in London last week, Menezes said she planned to skip the Olympics' opening ceremonies to ensure she would be ready to fight on Saturday.
The women's bronze medals went to Hungarian Eva Csernoviczki and Charline van Snick of Belgium.