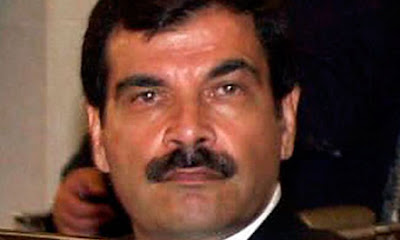 A suicide bomber at Syria's national security building has killed the country's defense minister and the Syrian president's brother-in-law, and wounded other senior officials, Syrian state-run TV said.
Defense Minister Dawoud Rajha, 65, died in the attack today after four days of battles in which Syrian troops used tanks and helicopters against rebels. Rajha is the most senior official to die during the country's civil war, which has escalated since the spring of 2011.
The country's 62-year-old Deputy Defense Minister Assef Shawkat, who is Syrian president Bashar al-Assad's brother-in-law and a top aide, also died in the attack, according to Syrian State TV. A source in Damascus confirmed to ABC News that that Shawkat was dead on arrival to the hospital.
State television reported that the country's interior minister, Mohammad Ibrahim al-Shaar, is in stable condition after being wounded in the attack. The head of the national security office, Hisham Bekhtyar, was reportedly critically wounded.
The Free Syrian Army and Islamist rebel group Liwa al-Islam claimed responsibility for the attack.
In a statement made on the group's Facebook page, Liwa al-Islam said it "targeted the cell called the crisis control room in the capital of Damascus."
"We announce to Syrians in general and those in the capital Damascus in particular that thanks to God the national security office, which includes the crisis management cell in the capital Damascus, has been targeted with a bomb planted by the "Chief of the Martyrs" battalion that is attached to Islam Brigade," the statement read.
Syrian Information Minister Omran al-Zohbi appeared on State TV after the attacks, blaming "foreign elements" and calling it a "terrorist bomb attack."
This is a cowardly act that will only increase the determination of the army to chase them and only add to our resolve," al-Zohbi said.
He also blamed Arab and Western governments and their intelligence services for the attack for which those responsible "will pay for dearly."
It is still unclear whether it was a suicide bomber in a car near the building or someone who was able to get close to the Syrian leaders who carried out the attack. The attack was close to Assad's residence.
The attack came during a meeting of cabinet ministers and senior security officials that included Rajha, Shawkat, Syria's interior minister, the country's head of intelligence and the head of national security.
Al Jazeera reported that Defense Minister Shawkat's bodyguard carried out the attack.
Today's attack comes amid the worst violence the capital has seen during this uprising. Continued reports of clashes have been met by a huge mobilization by the Syrian army to quash the uprising.
British Foreign Secretary William Hague condemned the attacks in a statement today highlighting an "urgent need" to impose a resolution on the Assad regime.
"This incident, which we condemn, confirms the urgent need for a chapter VII resolution of the UN Security Council on Syria," he said. "The situation in Syria is clearly deteriorating. All the members of the UN Security Council have a responsibility to put their weight behind the enforcement of joint special envoy Kofi Annan's plan to end the violence.
"We call on all parties to refrain from violence," he said, "and for the Security Council to shoulder its responsibilities."
U.S. Defense Secretary Leon Panetta said this morning that the attack is "a real escalation in the fighting" and that the increased fighting and loss of life "tells us that this is a situation that is rapidly spinning out of control."
Both Panetta and British Defense Minister Phillip Hammond warned Syria not to use its chemical weapons stockpiles against its civilian population.
"We will hold them responsible should anything happen with regards to those sites," Panetta said, adding that the United States and its allies are working "very closely together to ensure that they are ensuring their responsibilities to effectively secure these chemical sites."
Panetta urged the United States and the international community to use what pressure they can to bring Assad to step down through the peaceful transition laid out in the Annan Plan.
"We are very concerned" by the increasing loss of life in Syria, Panetta said.