A new week, a new set of next-generation iPhone rumors (what many keep calling the iPhone 5, even though there’s no saying that Apple will).
A Japanese site, iLab, has now posted a series of photos of what it suspects is the next iPhone. The site said it got hold of a number of leaked iPhone parts and assembled them. 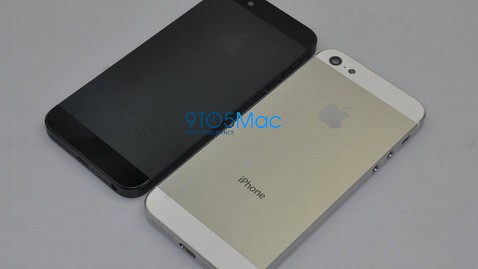 The photos, which can be seen here, look very similar to the leaked photo 9to5Mac printed a few months ago (seen above). The design includes a slightly larger display than the one on the iPhone 4S, a two-toned black and silver body, and a smaller dock connector on the bottom. The headphone jack has also been moved to the bottom. The photos are of a black model, but given 9to5Mac’s earlier photo, Apple is likely also to release a white version.
Previous rumors suggest the new iPhone will have a thinner display and a faster processor and graphics.
On the heels of the photos comes the first substantial suggestion of a release date. iMore, a technology site that has had a decent track record on these sorts of things, reports that Apple is planning to hold an event on Sept. 12 to announce both the new iPhone and the iPad Mini. According to the site’s sources the phone will start shipping on Sept. 21, though they aren’t as sure about the mini-iPad’s release date. AllThingsD, a consistently reliable tech site, has also heard that Apple is planning to hold an event that week.
Apple plans to release the next version of its iOS 6 for the iPad and iPhone in the fall. The new operating system will include Apple’s own maps app, Facebook integration, and a new Passbook app, which collects all passes, tickets, and coupons in one central app. Check out our guide to iOS 6 below.