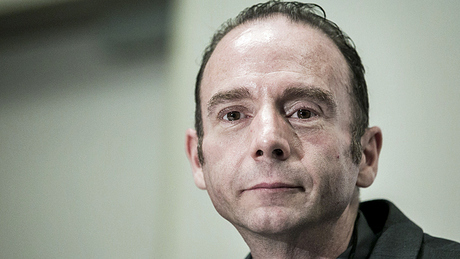 Timothy Ray Brown, who stopped showing signs of HIV after being given a bone marrow transplant for stem cells, says he's still cured.
Brown, also known as the "Berlin Patient," made international and national headlines when it was discovered he was apparently cured of the AIDS virus as a result of the transplant he underwent for the treatment of leukemia.
Speaking at a news conference on the sidelines of the 19th International AIDS Conference in Washington on Tuesday, Brown said doctors have told him he's "cured of AIDS and will remain cured."
The American had the transplant in February 2007 while a student in Berlin. A year later, his leukemia returned but HIV did not. He had a second transplant in March 2008 from the same donor.
Researchers in California recently found traces of HIV in Brown's tissue, but he said the virus itself is dead and can't replicate.
Brown's treatment isn't practical for wide use, but doctors say there are signs that other approaches might someday allow other patients to control HIV without needing daily medications.
The bone marrow donor had a genetic mutation that provides natural resistance to HIV. An estimated one per cent of Caucasians have the mutation, and his oncologist, Dr. Gero Huetter, a blood cancer expert at the University of Berlin, searched for such a person who also was a tissue match for Brown.